All films are password protected. In order to receive the passwords, patrons of the Summer Shorts Film Festival must register.  CLICK HERE TO REGISTER

How to Stream Films:

Screening links will be made available Sunday at noon the week of the scheduled festival screenings. You will receive an email with a link to the Vimeo screening page the week of the festival you registered for.

How to Stream Discussions:

Discussions are screened Wednesdays at 7 pm during the scheduled festival week. Links and passwords to the discussion will be mailed to participants the week of the festival you register for.

*If the cost poses any financial barriers and you are unable to pay for the festival, please contact Shelley Rappaport at chestercounty@kehillah.jewishphilly.org. No one will be turned away for lack of funds.

Week of August 1st | Films by Israeli Filmmakers
Discussion facilitator:  Michael Attie, award-winning filmmaker and Associate Professor of Film and Video at the University of the Arts, Philadelphia, PA

The three Sachs siblings are running late to their cousin’s wedding when their driver lets loose a bizarre, anti-Semitic rant. This madcap comedy from Sydney Australia, iis filled with cutting dialogue. From the start, it’s a race to the wedding. When the driver suddenly stops for a bathroom break, the Sachs kids consider how to respond to the racism Written and directed by Joel Perlgut.

In this brighty colored short, a little girl attending a winter holiday party with her mother sits on Santa’s knee, waiting for her present. Anxious about not fitting in, she worries about having to remember NOT to tell him she’s Jewish. Created by Canadian independent animation filmmaker, illustrator, and arts educator, Jody Kramer.

Call Me Back: The Uncommon Wisdom of Yvette Slosch – 19 minutes, 55 seconds

Infamous New York City talent agent, Yvette Slosch (Linda Lavin), is determined to make a star out of her newest client, a jazz violinist (Aaron Weinstein). She refuses to let Aaron’s lack of name recognition, jazz’s dwindling fan base, or the 2020 global pandemic get in her way. As the pandemic rages, Yvette’s schemes to keep Aaron’s career afloat become increasingly convoluted, testing her abilities as an agent and her friendship with Aaron. Written and directed by Aaron Weinstein.

In this short documentary, we meet Rabbi Kevin Hale, a joyful Torah scribe who restores scrolls that were saved in Czechoslovakia during the Shoah. As he goes about his sacred craft, this son of refugees from Nazi Germany reflects on his own path to a life of faith and practice.  A documentary film by Miriam Lewin and Randi Cecchine.

Rachel Raj leads the example of what a “modern Yiddishe mama” should be. Ever since her rabbi father inspired her to pursue her dreams of becoming a cake designer and businesswoman, she fearlessly uses her skills to skills to promote her Jewish culture – even when faced with growing anti-Semitism in Hungary. Writer and director, Kevin Longa, is the founder of TASTE, an online documentary international food series that uncovers the true stories of food entrepreneurs. Click here to learn more and register.

Written and directed by Hillary Nussbaum, The Cheeseburger follows three Jewish roommates as they debate their different views on religion and as one of them contemplates a very big, very not-kosher decision: eating a cheeseburger.

In this documentary by Jeffery Alan Jones, multi-talented media producer and communications professional, we meet pitmaster Sruli “Izzy” Eidelman and visit Izzy’s Brooklyn Smokehouse in Crown Heights, Brooklyn, the first brick and mortar kosher BBQ joint in New York City. Since the summer of 2015, Izzy’s has been making its mark as an outstanding eating establishment on the map of NYC.

Bagels In The Blood – 5 minutes

Nestled between shops in the residential neighborhood of French Montreal lies a quiet brownstone building — an old converted house with a wood fired oven in the back. There we meet Irwin Shlafman, third-generation owner of the famous bagel shop Fairmount Bagel, who shows us the process of making their signature product and talks about how it all started.

Talking about Jewish food is both mouth-wateringly delicious and just a little complicated. While Ashkenazi Jews (Jews from Eastern Europe) are used to foods like gefilte fish and matzah ball soup, these dishes would be foreign to a Jew from The Middle East, North Africa or Ethiopia who would prefer pkaila, shakshuka, t’bit or doro wat.

Tripping Kosher is the online video creation of kosher food industry veteran Chaim (C.W.) Silverberg.  He and his food-highlighting partner Yehuda (Judd) Joffre of Judd’s Memphis Kitchen in New York, along with Tsvika (TZ) Tal, the producer of this enterprise, visit kosher eateries around the country, sampling the menus and offering entertaining and enlightening banter for kosher-hungry viewers to enjoy.  For our Summer Shorts Film Festival we join them in Center City Philadelphia as they stop by Samosa Vegetarian and Goldie Falafel.

For additional information about the Kehillah of Chester County and its programs, contact Shelley Rappaport, Kehillah Director at chestercounty@kehillah.jewishphilly.org

The Kehillah of Chester County, a Jewish community collaboration, funded by and in partnership with the Jewish Federation of Greater Philadelphia, is proud to present our 8th annual Summer Shorts Film Festival.

Our festival celebrates the richness, complexity, and diversity of Jewish experiences through film, and is dedicated to screening Jewish short films in all genres. With a running time of up to 40 minutes, every film is intended to engage, educate, entertain, and inspire the community, as we explore the full spectrum of Jewish life, values, and culture. This means that the stories presented in all of the films have some sort of Jewish or Israeli connection, but in reality, all the themes are universal.

Since there are still some concerns and restrictions associated with the COVID-19 pandemic, we have chosen to hold this year’s festival as a virtual program. The films will be accessible online each week here on the Colonial Theatre website from Sunday at noon through Wednesday at noon, preceding the scheduled Wednesday evening Zoom discussions.

All films are password protected. In order to receive the passwords, patrons of the Summer Shorts Film Festival must register using the link (coming soon).

Special thanks to you, our audience members, who from the beginning of 2014, embraced this program and are responsible for its growth and success.

Please note: due to unforeseen circumstances, this schedule is subject to change without notice. 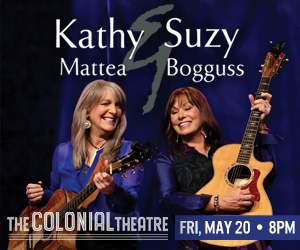 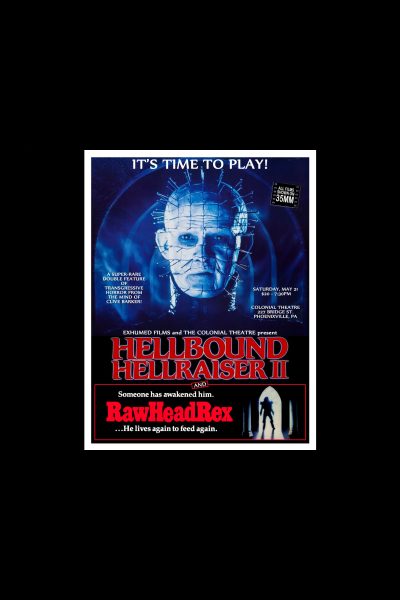